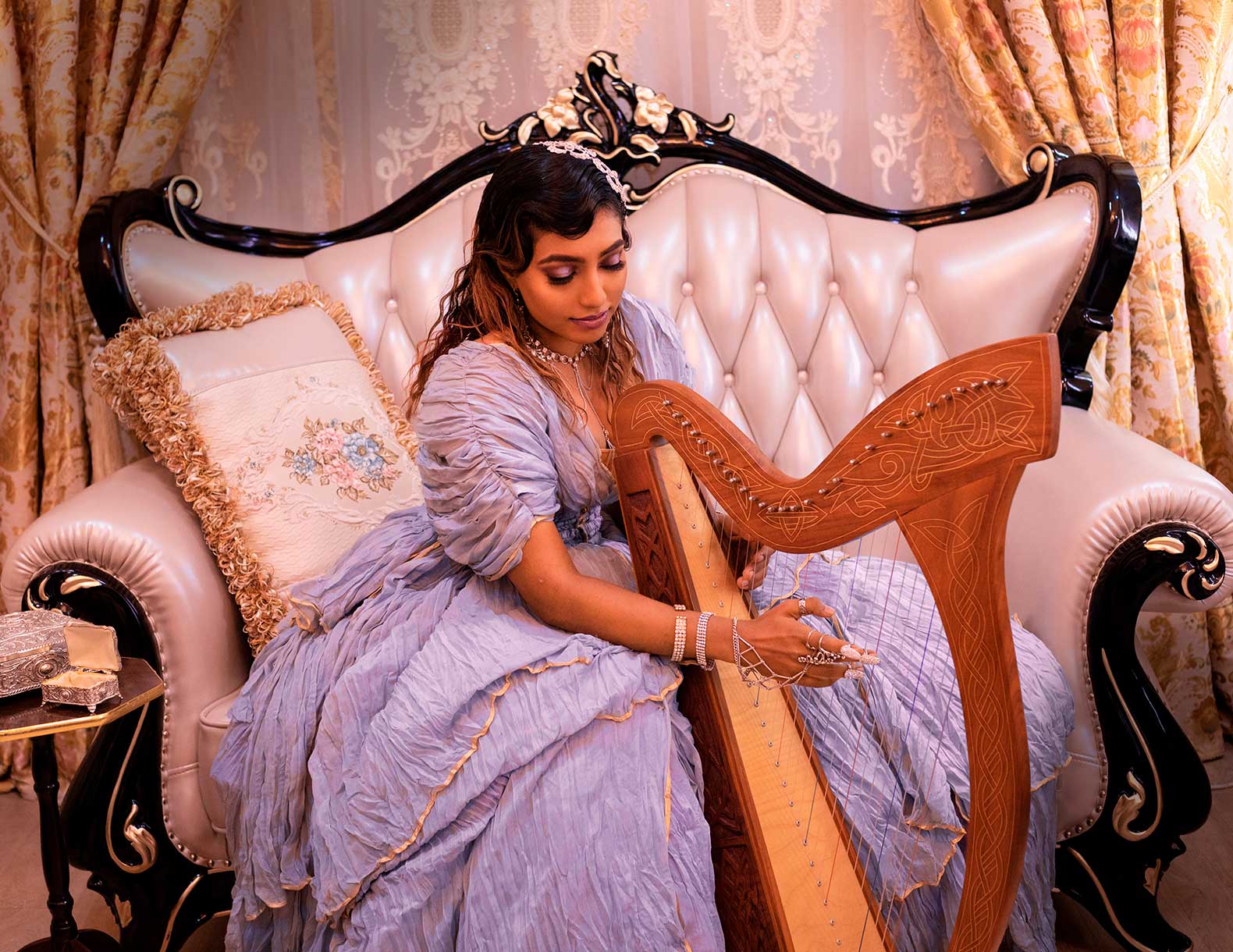 In recent years, talented, freelance make-up artists and hair-stylists have grown in numbers. But before this became well sought-after, around 10 years ago, Hussain Anees, or as we know him, Justin began his career in the female-dominated beauty industry, as a freelance make-up artist and hair stylist. Setting aside the obvious fact that he is male, Justin was steadfast with his dream and soared high up in the industry.

He laid the first stone to pursue his initial dream of becoming a hair stylist straight after he graduated from school. After joining a salon as a receptionist, he slowly began his hairstyle training. But before long, he realized that styling hair was just partial and to achieve the complete transition for his clients, he needed to learn how to put on make-up, and so he jumped into it.

Since then, he has been working alongside many local photographers, models, and other artists and has taken part in many projects. He has also expanded his experience to many international projects and worked with notable influencers in the industry such as Victoria Swarovski, Jacqueline Fernandez and many more. When asked about the difference between working locally and internationally, he said;

“For international projects, it’s a bit more exciting because they tend to give me the freedom to do whatever I want. Whereas working with locals, it’s mostly a mixture of what they want and what I can provide. But I’m not complaining! I love the projects I take part in either way.”

With whichever type of project he takes, Justin’s consistency in his work is admirable. He remarked that to stay consistent is to follow the trends and to keep studying. To research, find out what comes up, what’s new and what else everyone is doing. Try to improve continuously and not to worry too much about the competition. A boost to this is the pure love and passion for work. As he said;

“I don’t take this job as a job. I’m just doing what I love and I’m getting paid for it.”

He further spoke of his inspirations to create new concepts and styles that he initiates;

“I get inspired easily and ideas will just keep flowing. There was this one shoot where I went to Paper World and I saw these transparent dry leaves and I instantly started getting ideas! So I just bought a stack of leaves, went home and created a look where the leaves were growing from the model’s face. And since it was transparent, you could still see the make-up through the leaves. That was one of my favorite shoots. I get inspired by fabrics and how they glow or the color’s transition. Even the streets or a dirty wall can inspire me!”

With the beauty industry in the Maldives growing on the double, Justin also believes that it is crucial to teach what you learn to the next generation. True to his word, he has been training future make-up and hair stylists in both Sri Lanka and the Maldives.

“I’ve been taking hair and make-up classes here for a while now. I’ve also taught in Sri Lanka. Like one of my teachers, Cheryl Gooneratne always said, ‘Never hide anything, and just tell them everything you know. That’s how others improve and you don’t have to be scared about another person being better than you. Because there might be a day where a junior, who is good at make-up gets better than I am. So keep learning and keep teaching them everything you know’.”

While he is very happy to see new local faces in the industry, Justin advises them to listen to what the others say, whether they are a client, work colleague or critic and to be more open-minded;

“Listen, even though it might seem wrong and try to correct it in your own way without fighting or arguing. When someone is giving you bad criticism, don’t take it in a negative way and try to understand it and accept it in a positive way instead.

Working with people is always fun. But there are people that can be difficult and once you know why they are being that way, it’s easy to work with them. There are a lot of people who have had a bad experience with make-up and more so there is always a reason why they don’t trust people to maybe come and touch their faces. It’s something to think about. People always have a reason why they behave in a certain way. It’s good to be nice to people instead of being judgmental just because it doesn’t align with the way you think.”

With his exposure and know-how of around ten years, he is now looking forward to embarking on his new venture – opening his studio ‘Jay Beauty Studio’ (JBS). When asked about the studio, he said;

“I think I should’ve opened it about two years ago, I’m a bit late. (haha) But, I think it’s about time that I expand my business. Opening a place will really help me give additional services, like nails that you cannot be taken from door to door in convenience.

I’m creating something different compared to the other salons and all the new exciting cafés I’ve seen, where everyone is going very artistic and modern. So instead, I looked back into history and I’m creating a studio that follows an old French style. And I’m not calling it a salon because I’m not going to provide services like facials, pedicure, and manicure. It’s only for make-up, hair styling, hijab styling and nails. But when you say studio, most people initially think maybe photography or something, but there are art studios and make-up is considered art. So I called it a studio and I plan to give my best services, as best as I can.”

The studio is open for services now and we are all very excited for him! He plans to restrict his work to the clients he receives at his studio but is willing to take on a few freelance jobs and international jobs as well.

But it doesn’t stop here. He has further plans to achieve his ultimate goal which is to go international and to be recognized internationally. He believes that, what he has done internationally till now are small projects and he wants to be known globally for his talents as a make-up artist and hairstylist.

With that note, he concludes by mentioning the people he is thankful for being supportive and helping him flourish in the industry;

“I would like to thank my family. My dad obviously wasn’t too happy about it at first, since he wanted me to be a businessman like him. But then, he also gave me the chance to prove myself, to show him that I can do this and I did prove to him, and he is quite proud of me now. My grandmother – she supported me from the very first moment that I told her that I wanted to do this. My family was really supportive and so were my friends in Sri Lanka and other friends abroad who helped me, who believed me and advised me to go forth and just do what I love.”

Before we bring down the curtain, we would like to congratulate and wish Justin the very best with his studio; Jay Beauty Studio where, with his expertise and capability, we don’t doubt will be of excellent service, standard, and quality. 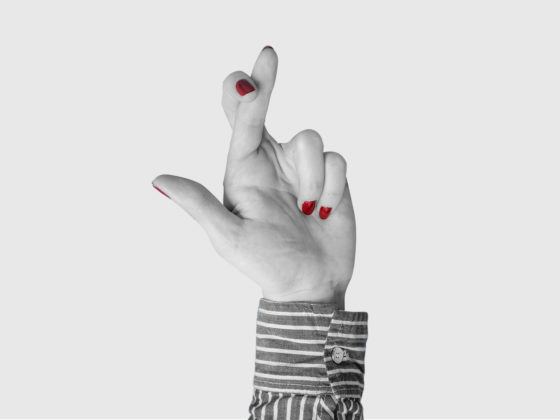 Dear Juliet, Once a Cheat, Always a Cheat? 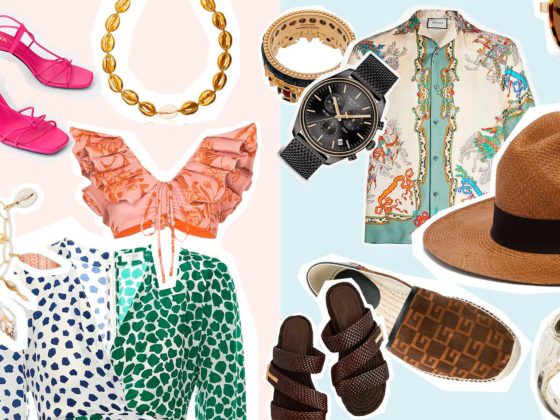