The catchy brass tune that followed the powerful lyrics Haisham penned and sang, became an unexpected anthem for the young and old during the mid 2000’s political turmoil.

As one of Maldivian music’s royalties this humble artist keeps a low profile and only performs for special events. The creator of some beloved songs such as ‘Odihanu’ and ‘Kobaa Neihtha’ grew up in a family of musicians and singers. “I have always wanted to sing, even as a child, it’s something I enjoy passionately”, said Haisham. His elder brother Adhuham – who was the bassist for iconic band Zero Degree Atoll would help him prepare for singing competitions. Haisham was also a child star in an early nineties children’s show called Prime Time which aired on national TV. “I would sing and dance with other kids on the show. And my hair was straight back then – can you believe it!”, chuckled Haisham.

One of the biggest inspirations for him is Naashid. “He would play Reggae flawlessly. And since my brother was the bassist for the band, I would always get free access to Zero Degree Atoll gigs. I remember going to all their shows”, he reminisced. “I was later invited by Naashid to perform with him on reggae nights at the resorts”, Haisham added.

When asked why he prefers Reggae “I feel it more than any other genre”, he said. “I get emotional and it moves me”. For a true artist, it takes a lot more than physical skill to create. “I think anyone can bob their head to Reggae. It has a universal appeal to relax and hype someone as well”. Rather than pointing out a certain Reggae artist as his favorite, he prefers an artist’s style – Bob Marley and Peter Tosh’s have a great impact on his work.

Growing up with artists like Naashid or Haisham’s brother Adhuham, who embraced and encouraged originality, helped to boost his innate drive to create authentic work. So it comes as no surprise that Haisham was one of the leading artists to form one of the largest group of local artists – Dinba Music or as Haisham calls ‘Dinba family’. With a mission to create original music that one can proudly call Maldivian, local musicians pool their talents to create authentic Maldivian songs.

In 2013, Along with some of his Dinba family members Haisham released his first solo album Odihanu. Produced and recorded in Klangkantine Studio, Germany the album includes eight songs. The rich melodic compositions harmonized with Haisham’s effortless vocal range and  complimented the Reggae feel – needless to say Odihanu will go down in history as another pioneering Maldivian album.

Unlike most album releases, Odihanu was distributed to public free of charge – an admirable way of sharing a product that took blood and sweat to create. In a country where the music field is still at an embryonic stage – inspiring upcoming artists seem more rewarding for Haisham.

“Most of the original work I have made has been shared with people without expecting any financial return. It’s just how it is here but there’s great joy in it as well”, he said.

“Like during the time hundreds and thousands of people were gathered at the Raalhugandu area, everyone was talking about then police’s brutality with a screen showing some graphic images. I remember heading out for a ride, to get some fresh air and suddenly being struck with a song that I couldn’t get out of my head for weeks”, he recalled. “I had to write it and make it. Eventually Gianscore Vitte, Mike and myself did a rough recording. Which we later developed with Kuda Hussain and Dr. Shifaz to give the brass band feel”. Listening to a piece in which the artist has put his heart and soul into, is undoubtedly a privilege for us. But artists like Haisham who keep on giving, craves for institutions and establishments that will support their living and help to hone their craft.

“We still need a proper platform for artists to come together and perform”. There are hundreds of talented people who are looking for ways to harness it into a stable career. Haisham’s brother, Adhuham initiated ‘Fannu Ge Dharin’, a show that followed after the inception of Dinba Music. “It started small, using our own speakers and equipment. But its grown into a proper annual festival now, that is backed by sponsors. We still need organizers who can organize such events and sponsors to fund it. We still need a lot of support to grow”, he said. “I don’t think though, that we will see the day the Maldivian music industry becomes a fully fledged one – not in our lifetime”, Haisham added with a shot-down tone in his voice. Some of the current artists he admires includes Affan and Zara, with whom he has worked on several occasions, producing renown songs such as ‘Rukakun’ and ‘Faathumaa’. From his seniors, Sameeu, Rizuvy and Naashid inspire him greatly. Haisham’s humble disposition is a complete contrast to his spirited and gritty musical side. He plans to release a second album featuring original works in the near future and we are already assured that it will amaze us. 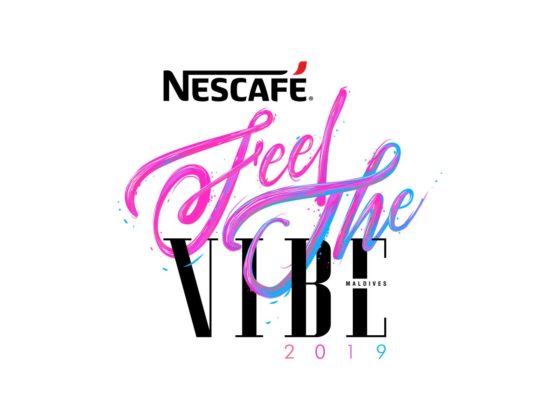