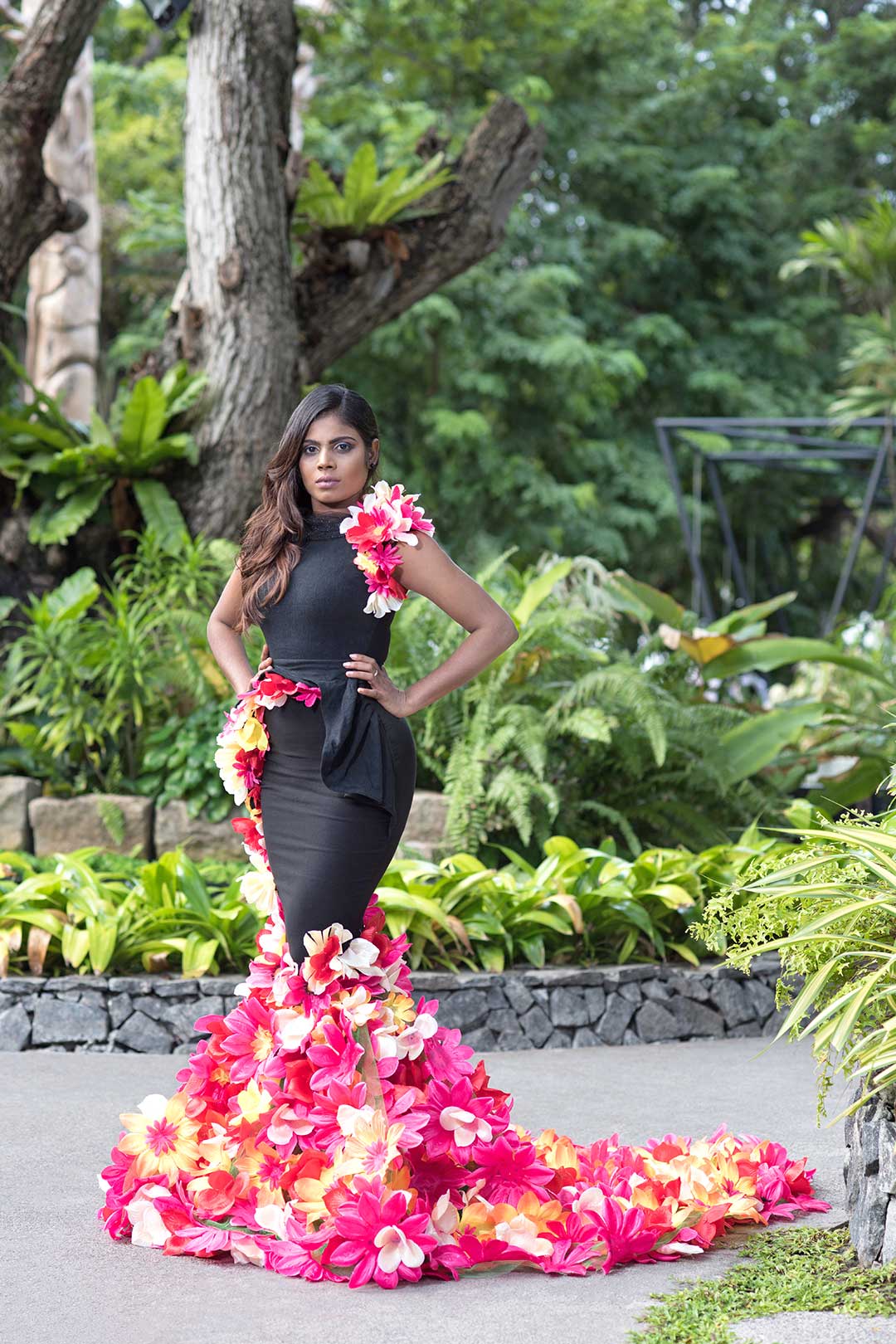 Unmasking the private and public selves of Juma 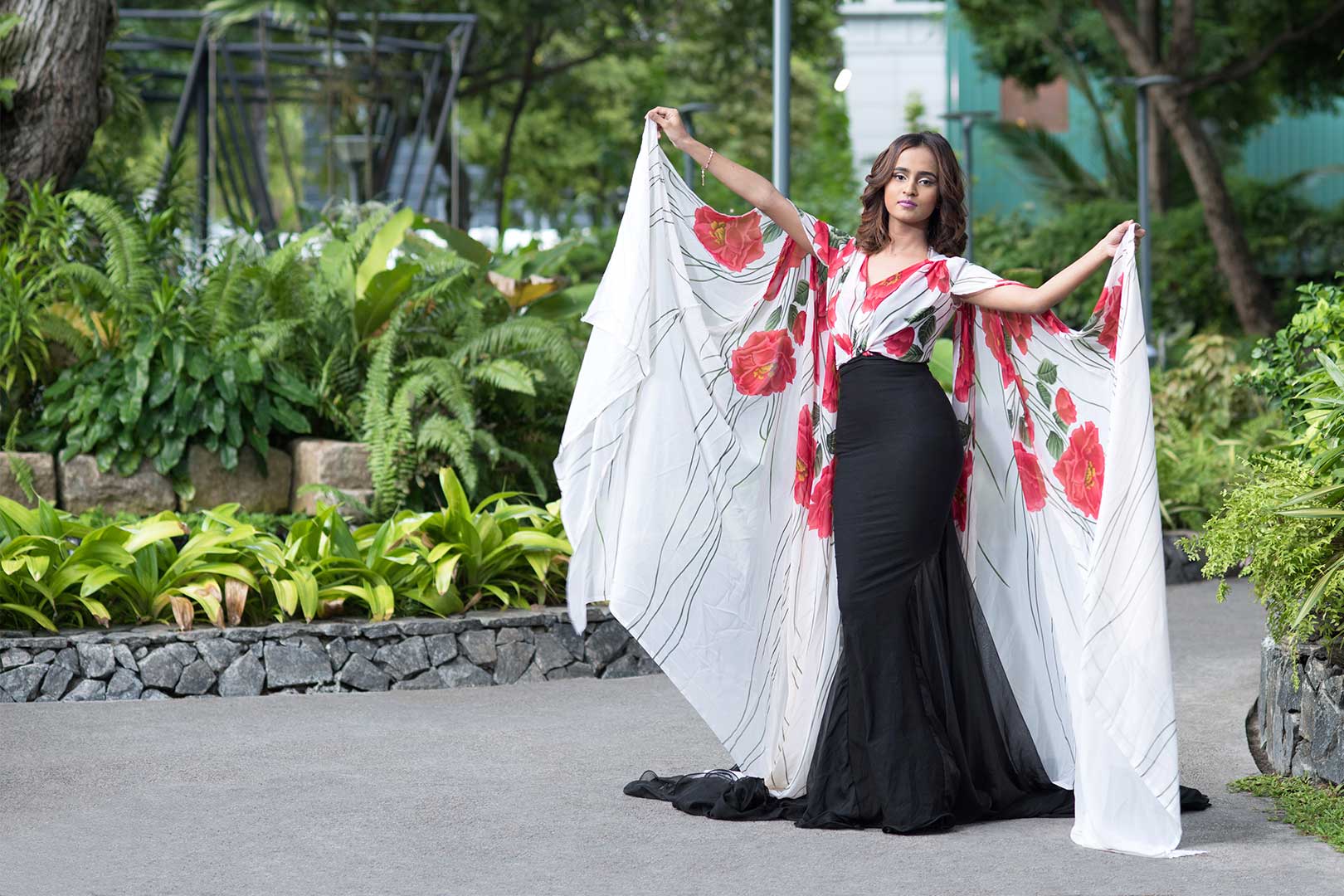 We have all seen the fabulously flamboyant actor and dancer who is never shy to make headlines, but it is on rare occasions that we get a glimpse of the hard-working creative who is constantly seeking ways to express his unique ideas. While sharing the spotlight with local film industry heavy weights, Juma has been quietly working behind the curtains, making dresses that are nothing short of extravagant. As he phrased, “I overdo things so much that sometimes people would wonder – what carnival will Azza wear this time?”. A non-conformist, who always puts his own spin to everything he does and is extremely frank, Juma has kept us curious and excited to know what he will bring next to the table.

Q. How did you start your career?

Juma: In all honesty, I remember even as a student in school, I chose performing in any school dance or drama just to avoid studying. I would take part in events such as the Independence Day school dance and more. After I graduated there was one particular event hosted by the High Commission which brought in students from Dharumavantha School. That was where I met actors such as Jaadhoo and Rishmee. I have always been a fan of Rishmee so through networking, I got the opportunity to be a part of their dance crew. That’s around the same time that I met Azza; and we just clicked! We got married a couple of years later.

We eventually started working on productions together and to reduce the costs I tried my hand at doing make-up. Naturally, Azza became my test subject and after experimenting a couple of times, I got the hang of it. I pushed myself a bit further by attempting fashion designing. I started with hand sewing before familiarizing myself with using the machine and managed to finish a couple of special dress orders as well.

I was starting to feel the industry grow on me when one Eid, everyone from the movie ’Yaaraa’ were getting opportunities to perform in shows but nobody was approaching me as I was still an unfamiliar face. Even then, I never thought of being in front of the camera as an actor. But I heeded Rishmee’s advice to perform and act for a song so that I would have better luck. To my surprise the response I got was absolutely great and it really got me into acting. So, after being featured in a few video songs I got the opportunity to act in a movie.

As for becoming a TV show host – I got inspired by an award show I was watching, the hosts were having so much fun and I thought of giving it a try. I told Azhaan from Channel 13 about this and just before Ramadan this year, he approached me with an invitation to host their ‘Kulanbu’ show. I happily accepted his offer but now that I have tried it, I feel that may be the last time I host a recorded show. Because from everything I did so far, I found that to be the most demanding. 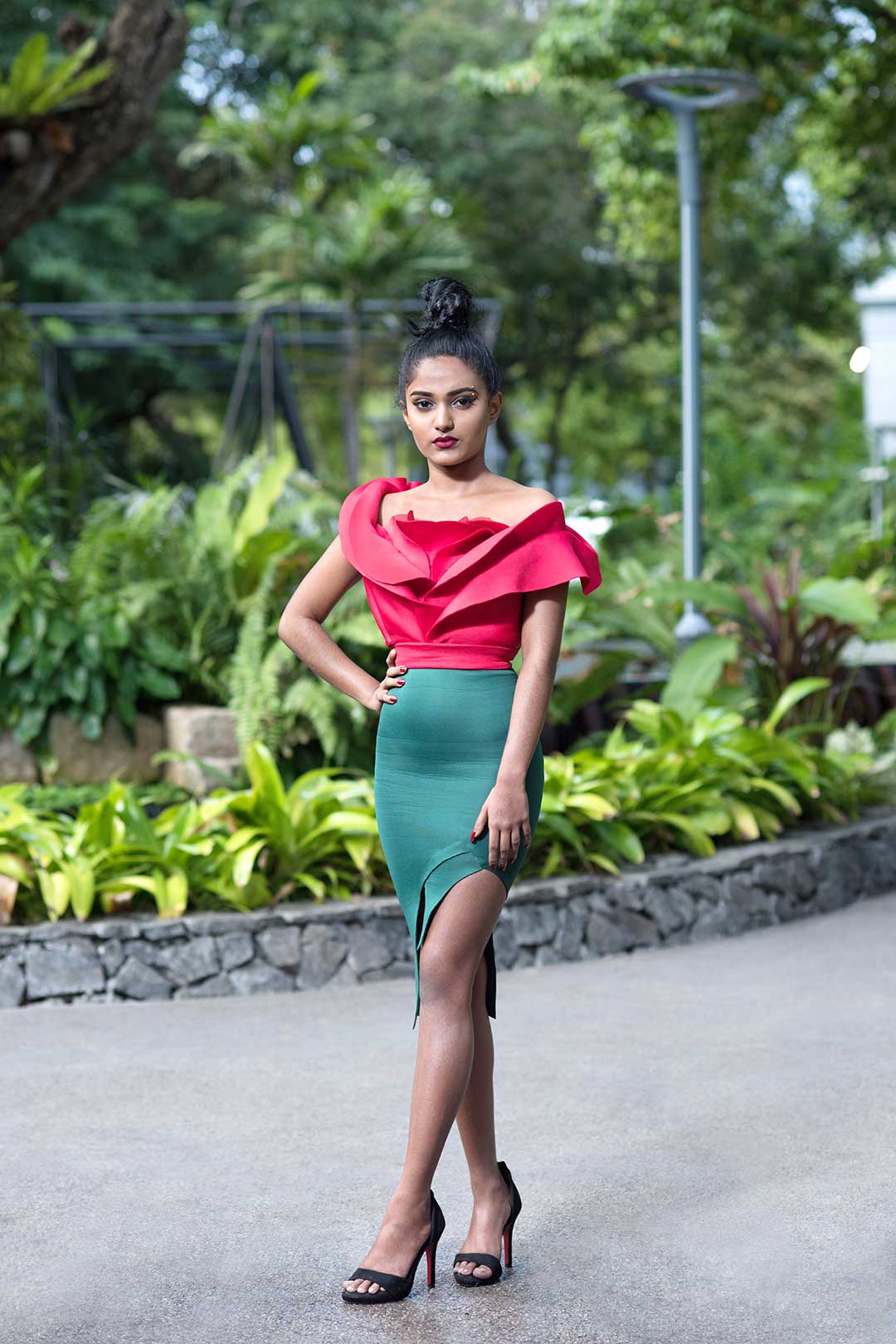 I have never been one to conform to the way things were done. I would always seek something unique and perhaps that is why I get a lot of attention. Tailoring dresses became a strong passion of mine because I get to express my unique vision. After creating outfits for Azza and later Rishmee, I got the opportunity to make Niuma’s and several other top entertainers in the film industry.

Q. It is observed that almost everyone who works in the industry is multi-skilled, like yourself. Why is it so?

Juma: In the case of our industry, you cannot be just an actor or just a fashion designer. Self-sufficiency is extremely important. When producing a movie, you divide the budget and the person who is only acting might be getting a mere MVR 30,000 for two months. That’s a normal salary if you divide that into two months – and that was how it used to be. But now people put more effort into their craft and work twice as hard to produce better movies, so the duration becomes longer. Everyone would have to spend around five to six months for each movie. So, if you are only going to act, you wouldn’t be able to earn much. However, if you are able to take over the costume designing or make-up, you will also earn the budget allocated for them and you will be able to better sustain yourself throughout those five to six months.

Q. Which line of work do you put more focus on? What are your future plans?

Juma: I have always wanted to build an all-in-one place. A place you can go in and do your make-up, design and tailor an outfit, as well as buy or customize jewelries and such. I am practicing that now. I don’t want to be labelled as someone that can only do one thing. So I don’t intend on being in one field.

Q. How do you get inspired when you work as a fashion designer?

Juma: Everything and anything. I might get inspired by something I see on Google or something I see on Pinterest. Then I might want to use it in my next project. So even Azza would never ask me to make an outfit a certain way, because she trusts me and because I wouldn’t be able to make a replica of something. I can make it similar to the example but never a duplicate. And I always finish everything at the last minute because if I finish early, I might get new ideas and actually end up ruining the whole thing instead. 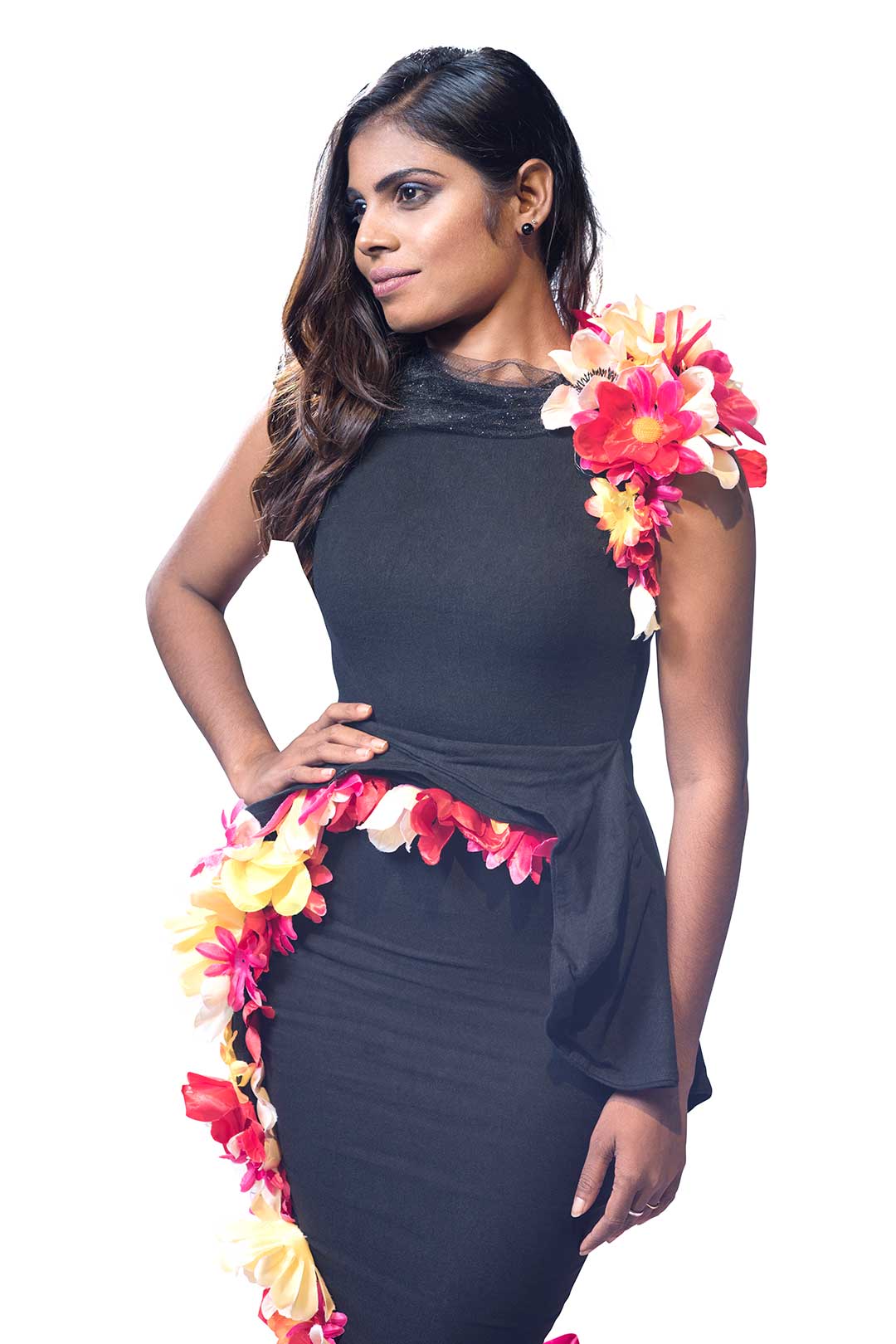 Q. Did your personal life effect your career?

Juma: It did, but that brought me to the place where I am now. I think the multitude of lines of work I involved myself with, made my career take off. And that is why people would have heard about me one way or another.

Q. Since you still work with Azza, how do you maintain a professional relationship with her?

Juma: Well, we were friends for a good five to six years before we got married. After everything that happened, I think what holds the both of us together is our son Ethan. It was not a very smooth sailing between us but at the end of the day, as parents, we still need to go for PTA meetings, make visits to the doctor and such. Ethan’s existence helped us find middle ground, be more transparent and return to being the friends we were prior to getting married. So it’s good that we both are managing everything concerning our son together, financial or otherwise. We have even reached the phase of being comfortable enough to let each other know if we are dating other people.

Q. How do you balance all the work you do?

Juma: Quite frankly, I am unable to handle everything! Sometimes, even though my plate is full, I might have to take up another job because I don’t like to say no to anyone; which is a bad habit and it does get me in trouble. I am also pretty famous for being “late” in the industry. I am always an hour late so people in the know would tell me an hour ahead of the actual meeting time so that I will be there on time. So I won’t say that I am excellent at managing the work that I have to do but I am really trying to. There is a lot of work to do and the reason why I am managing all so far is because the people around me are very understanding. 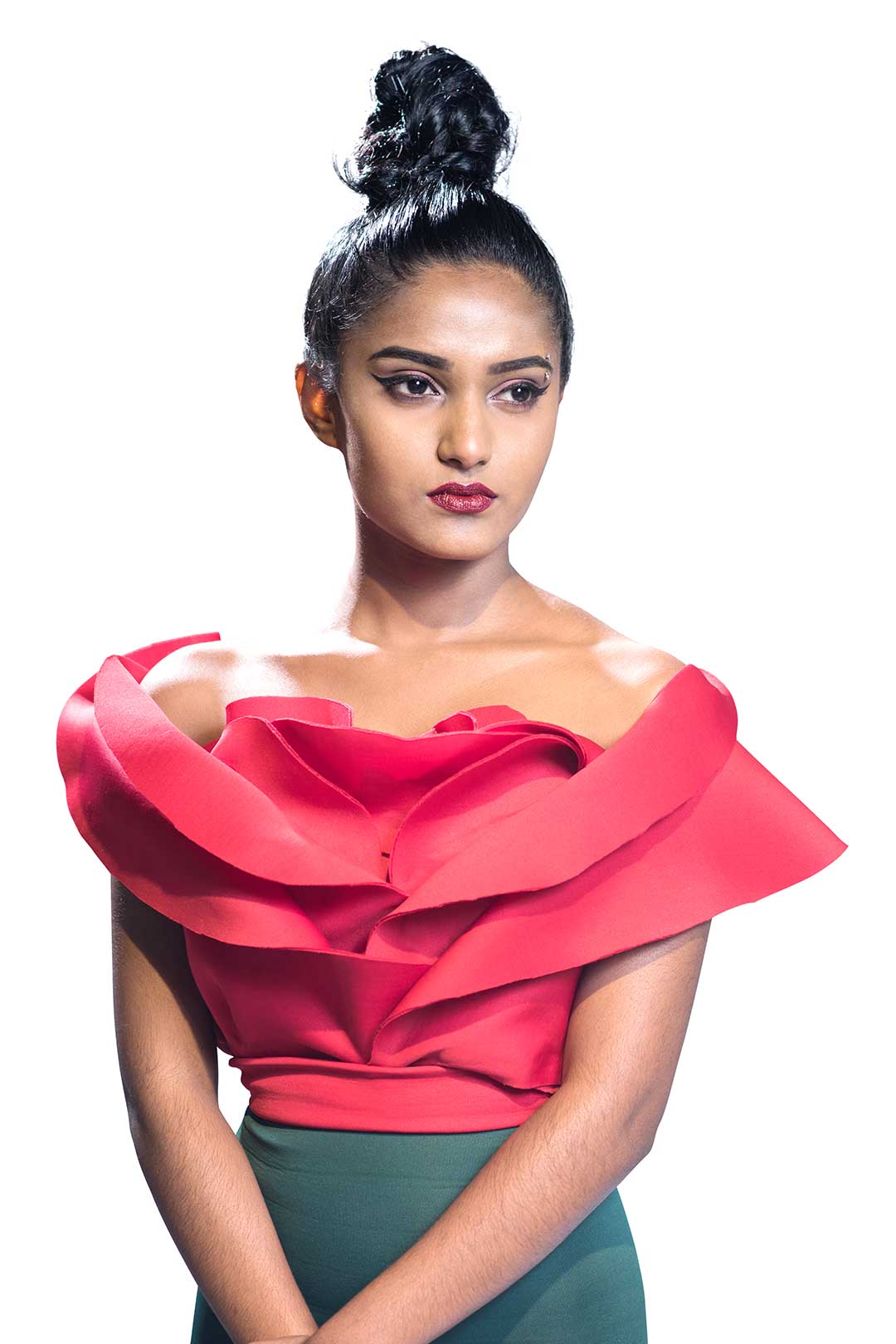 Q. Could you tell us about your Accomplishments?

Juma: I consider learning new skills as an accomplishment. I also accomplished something that I wanted for a long time after secondary school; which was to dance in an Independence Day show at the front and center. I went as the choreographer and I was given the opportunity to dance as well.

Another accomplishment was that my first choreography and outfit in the industry for a song Azza was performing in, got nominated along with Nahula’s work at the ‘Gaumee Film Awards’. I didn’t win, but that was an honor. And this time, at the award show, I was nominated for the Best New Comer award and Best Make-up and I think I am doing very well.

I always genuinely enjoy whatever I do. And when I get recognition for my work – that becomes more valuable than the money I get.

Q. Do you plan on becoming a producer?

Juma: Not really, because along with it comes a lot of responsibilities. Honestly speaking, I am just focusing on taking better responsibility for the things that are already on my plate. And I’m also focusing more on my son Ethan. 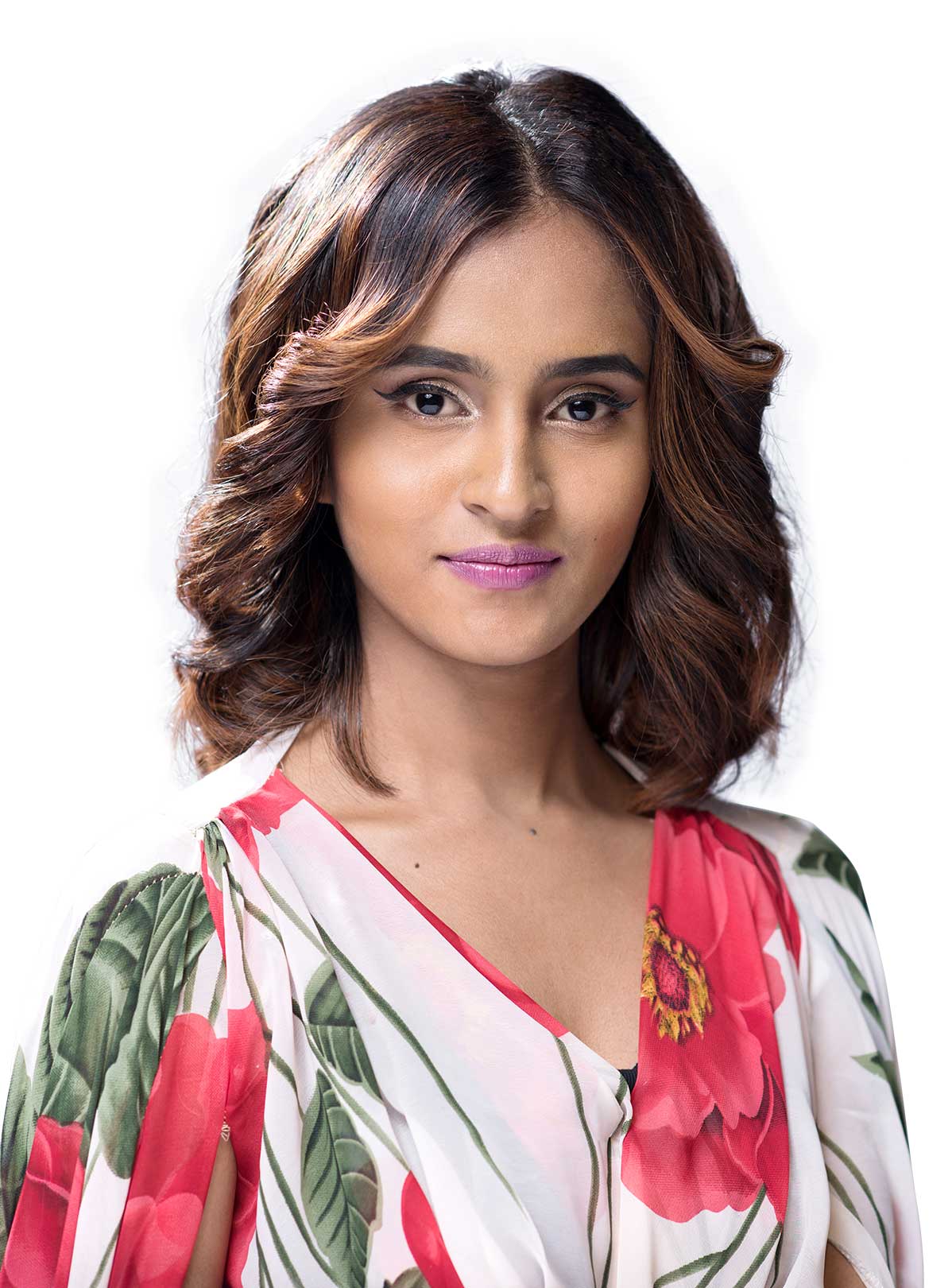 Q. What is your next step?

Juma: I will definitely think about it, but perhaps after I take a break. I have been working non-stop since last year; which was when I took my last break. I don’t even have the strength to say that I want to do something new because I desperately need a break. 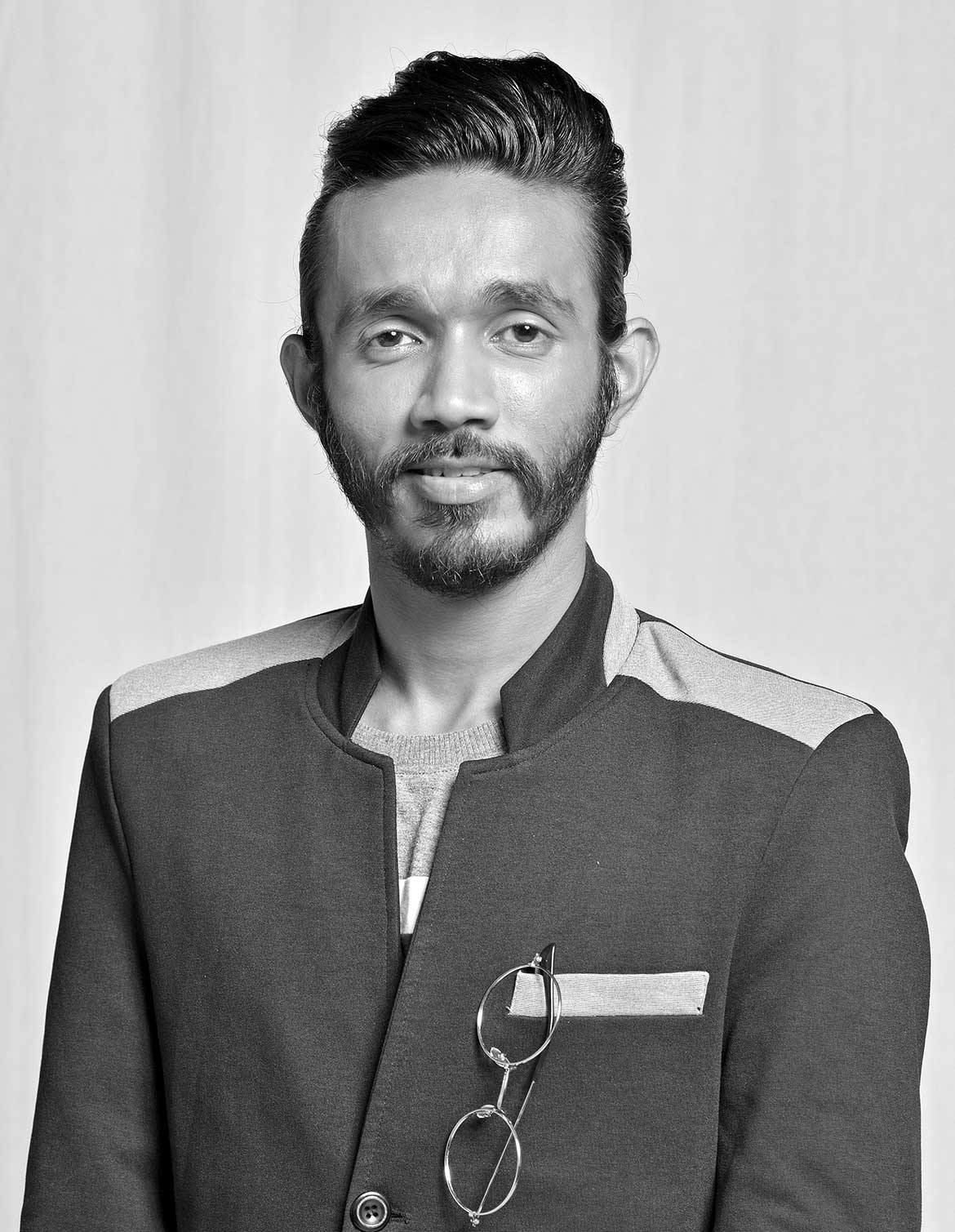 Q. Do you have anything you would like to say to the readers who would like to pursue any one of the work that you are currently doing?

Juma: Don’t do anything for money or because you are forced to, instead do it because you want to. And if you fail at something, don’t give up. Take your time because it is a long process and someday you will get to where you want to be. Don’t start with the aim to earn a lot of money. Do it for the passion and after you reach a certain point, the money will come to you. 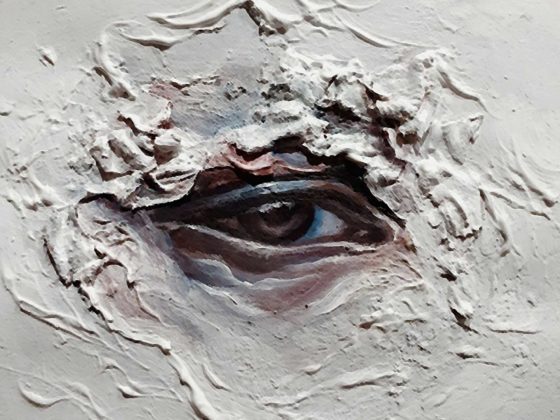 Welcome to Maldha’s world of surrealism 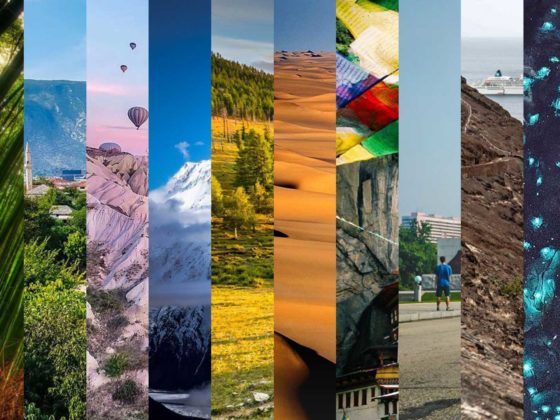 World’s best places to travel in 2019